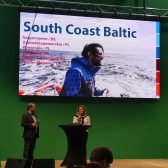 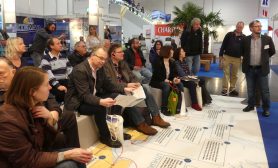 The SOUTH COAST BALTIC marketing initiative also benefited in 2018 from the unique platform of the world’s largest water sports fair, boot. Many of the 247,000 visitors who came to Düsseldorf from 94 countries also visited the stand in Hall 14. On 130 square meters Vorpommern, Bornholm, Zachodniopomorskie, Pomorskie, Kaliningrad and Region Klaipėda presented their outstanding offers for boaters. The SOUTH COAST BALTIC Boating Rally was particularly well received. It will take place for the third time in 2018. The international flotilla route will run from Gdańsk in Poland to Klaipėda in Lithuania from 23 to 29 June. One of the highlights will be the check-in and check-out and the visit to Kaliningrad, the host city of the FIFA World Cup in Russia where the game Spain against Marocco will take place during the stop over at the 25th of June. 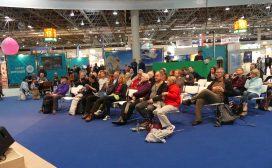 Jens Masuch and Björn Gabler, the coordinators of SOUTH COAST BALTIC, were pleased with the response of the visitors to the stand after the trade fair: “Interest in the Southern Baltic coast is overwhelming. Most of the time, the boaters did not know how easy it is to sail to Kaliningrad. The South Coast Baltic area with its impressive coastal and harbor waters has definitely won many new fans on the boot 2018. No wonder. It covers several countries, is varied and diverse and untouched nature. At the same time, harbours at top level have emerged here in recent years.” 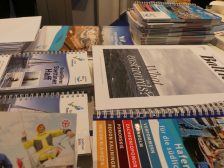 Brochures from the sub-regions were just as breathtaking at boot 2018 as the new SOUTH COAST BALTIC Harbour Guide, with more than 180 harbours, which has been published in time for the fair in a brand new German and English edition. Furthermore, the newly printed SOUTH COAST BALTIC magazine inspires by spectacular images and carefully researched stories about the Southern Baltic Sea and the people who live and work on its shores. In addition, interested visitors could enjoy the daily presentations of SOUTH COAST BALTIC on the “Travel World” stage or taste regional specialties and literally get a foretaste of the region SOUTH COAST BALTIC.